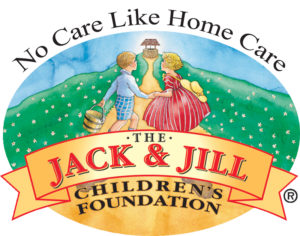 Incognito was set up by The Jack & Jill Children’s Foundation in 2017.

This visual arts initiative has raised over €290,000 for The Jack & Jill Children’s Foundation so far. Every cent from Incognito is used to fund Jack & Jill’s home nursing-care for very sick children, who do better at home, where they are well cared for by their parents with critical support from Jack & Jill nurses and carers.

The Jack & Jill Children’s Foundation was founded by Jonathan Irwin and his wife Mary Ann O’Brien based on their own experience caring for their son Jack at home until he passed away in December 1997.

This experience became the blue print for the Jack & Jill model of home nursing care for children with developmental delay as a result of brain damage and provides end of life care to all children up to the age of five and has helped over 2,400 families since 1997. This vital nationwide service includes funding, home visits, advice, information, lobbying and bereavement support.

Jack & Jill requires over €3.5 million every year to continue to protect fragile children all over Ireland and, with less than 20% coming from the Government, the Foundation raises the money it needs through public donations and big, big fundraisers like this one.

All monies raised by Incognito will be used to fund home nursing hours for precious children who deserve the best possible care at home.